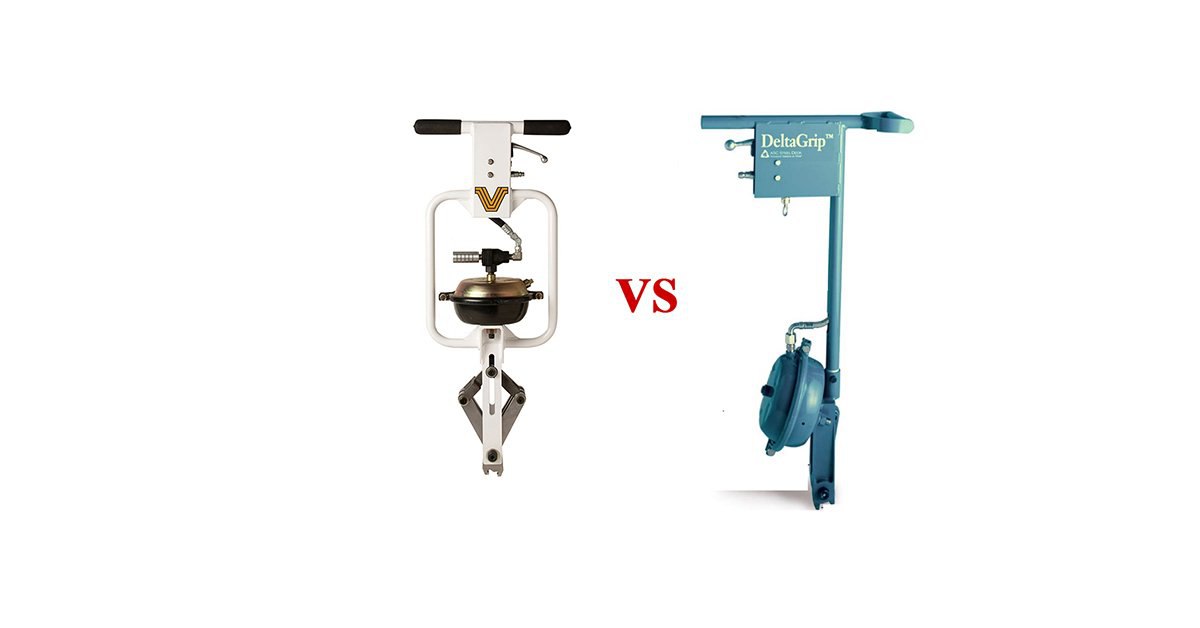 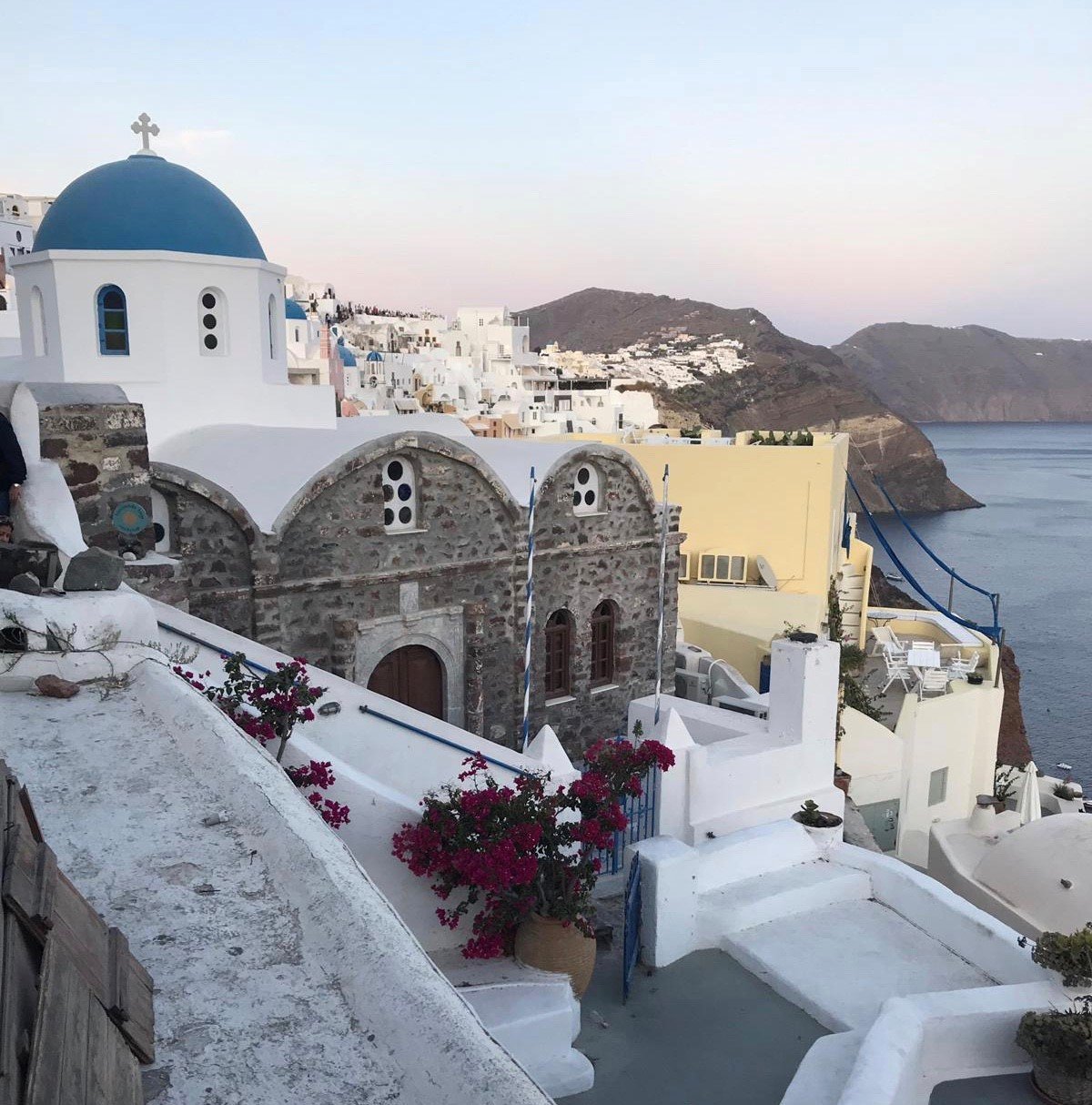 When you install metal decking you are likely to come across a few different methods to attach the sidelaps. In the past, there were three main methods: button punch, stitch screwing, and seam welding. There are reasons you’d want to use each method, but when it came to a seam weld the main reason was the superior overall strength values it offered.

However, performing a top seam weld is by far the most difficult, expensive, and time consuming method to attach the sidelaps. So while the connection method is superior, a top seam weld definitely comes with its set of drawbacks.

Over the years a couple of new systems were introduced, first by Verco with their PunchLok® system and then by ASC with their DeltaGripⓇ system. Both decking manufacturers created their own proprietary tool, which attached the standard interlocking sidelaps.

The resulting connection was much stronger then the button punch or stitch screw attachment and superior to a seam weld. These new methods even allowed the use of lighter gauge metal deck to achieve similar diaphragm shear values as a heavier gauge metal deck.

If you are located on the West Coast chances are you have likely run into a job using one of these systems. Seeing as how both are specified pretty regularly on jobs, it is a good idea to familiarize yourself with both systems.

At Western Metal Deck we have dealt with both and have explained countless times to customers the differences in these two systems. We even supply PunchLok® II decking along with the tool, to customers who purchase it from us.

In order to help you choose the right side seam attachment system for your current and future metal decking jobs, this article will teach you the following:

For a more in depth description of Punchlok II metal decking we suggest:

What Types Of Decking Can You Use With PunchLok® II

If you have a job specifying a VSC2 or PunchLok® II connection then you must purchase Verco or Vulcraft metal deck in order to use the PunchLok® II tool. Your location will dictate who you order metal deck from. Verco distributes on the West Coast and Vulcraft distributes throughout the rest of the country.

Both Verco and Vulcraft have PunchLok® available in composite floor deck and non-composite roof deck.

If the type of metal deck specified on a job has a PL abbreviation, then this signifies it is PunchLok® II metal decking. It will require the standard interlocking sidelap and use of the PunchLok® II tool.

When purchasing Verco decking, this PL abbreviation will be in front of the deck type. So you might see something that looks like: type PLB-36 or type PLN-24.

When purchasing Vulcraft decking, the decking will have the abbreviation of PL in the middle of the type, such as type 1.5 PLB or type 3.0 PLN.

The DeltaGripⓇ system is a proprietary system owned by ASC Steel Deck. ASC has a DeltaGripⓇ tool, which is a pneumatic tool used to attach the sidelaps of DeltaGripⓇ metal decking. This attachment method is referred to as a Delta Grip Side Lap connection.

What Types Of Decking Can You Use With DeltaGripⓇ

If your job requires the DeltaGripⓇ connection, then you must purchase ASC Steel Decking. The abbreviations of DG which signifies the decking will be DeltaGripⓇ, will be in front of the type of deck, such as types DGB-36 or DGN-32. This decking has the standard interlocking sidelap and gets attached using the DeltaGripⓇ tool. DeltaGripⓇ is available for use in both their composite floor deck and non-composite roof deck.

Which Metal Deck Side Seam Attachment System Is Better?

Both the PunchLok® II System and DeltaGripⓇ system are pretty comparable across the board. Both systems require their respective pneumatic tools to achieve the high diaphragm values. Both tools operate pretty similarly, and require the use of an air compressor and a tool operator to attach the sidelaps. So determining which system is better comes down to a number of different factors. To help you determine which tool is better, we will cover the following:

Diaphragm Shear Values is the most common reason you would use either system. These systems were created to attach the sidelaps of the panels and ensure that they wont come apart while withstanding seismic, wind, and other activity that may cause the building to move.

Well, the answer to this isn’t so simple. Both tools offer pretty similar diaphragm values. The diaphragm shear values are calculated based on the how the metal deck is installed and the spacing between the sidelap seam attachments.

In the case of which system has higher diaphragm shear values PunchLok® II vs DeltaGripⓇ, both systems are able to achieve pretty comparable values.

Which System Is Easier to Install?

So now that you know both systems have pretty comparable diaphragm shear values, maybe you are looking to see which system is easier to install. Both systems require decking with a standard interlocking sidelap. So when it comes to laying down the deck the speed is identical regardless of manufacturer. Whether you are laying down DGB-36 or PLB-36, both types are installed in the same manner.

The overall speed will come down to which tool is faster.

Both the PunchLok® II and the DeltaGripⓇ tool require the use of an air compressor to run the tool. The air compressor has to be set to a different PSI depending on the gauge of the metal deck. A thicker gauge requires a higher PSI, which ends up taking longer since it uses more air, and the air compressor will need to refill more often.

The PunchLok® II tool is the 2nd generation tool. It was revamped to be an overall improved tool from its predecessor. Part of the improvements was making the jaws of the tool stronger. This is the part that attaches the sidelaps. These stronger jaws are more effective on attaching a heavier gauge metal decking such as 16 gauge metal deck. It is able to attach the sidelaps at a lower PSI then it’s predecessor.

The DeltaGripⓇ tool has not changed since it first came out roughly 10 years ago. The tool is not as effective at attaching heavier gauge material. The jaws of the tools uses a set of blades to cut through the metal deck. These blades require replacement as they become dulled after some use. On heavier gauge metal deck, they require replacement at a much quicker rate. ASC sends replacement blades with the tool. The PSI required to operate the tool on a heavier gauge metal deck is also higher than the PunchLok® tool, meaning on a large job the tool operator will have to stand around and wait for the air compressor to refill.

The availability of the PunchLok® or DeltaGripⓇ systems is important because it will affect your job’s schedule. As mentioned before the tools are proprietary property of their manufacturer. You must buy the metal deck from the manufacturer of the system you intend to use.

Lead time varies depending on who you purchase from and which panel you purchase. Metal deck is run on a rolling schedule. Depending on your type of panel and when you place your order you will have to wait anywhere from 2-3 weeks for your metal deck to be run, possibly even longer. Also, if you are purchasing from ASC Steel for instance you will have to factor in the shipment time. Depending on where you are located the shipment can take a few days to a week or longer until it arrives to you.

Availability Of The PunchLok® II Tool

Availability Of The DeltaGripⓇ Tool

If you are looking to use a system that you can basically use in any state your job is located in, then the PunchLok® II system is your best option. Verco and Vulcraft are both owned by Nucor and as such have locations and suppliers throughout the United States. With so many locations, it is much easier to procure the metal deck and the PunchLok® II tool.

Other Things To Consider With The PunchLok® II and DeltaGripⓇ Systems

You may have noticed that while we covered some of the main points of the PunchLok® II system and DeltaGripⓇ system, we didn’t cover everything. Cost for instance, is a factor we didn’t dive into. While cost is an important aspect of any job, the cost to use either system is minor.

Your main cost is going to come from the metal deck itself. Converting a metal deck to PunchLok® II or DeltaGripⓇ doesn’t add much to the overall cost, since the metal deck is the same as a standard interlocking metal deck panel. The only difference is the tool that gets used to attach the sidelaps.

Kathy Midence has worked for Western Metal Deck since 2009. She has worked with each department to better understand all aspects of the metal decking, metal roofing and metal siding industry.